It's been a very busy week and a half. Here's a quick recap of what we've been doing, seeing, and experiencing. Some of these will get their own entries (like Melissa and Lisa's visit), but since bigger posts take longer to write, here's a summary version.

Last Friday 14-Sept Noah went with Sean and Mark and a bunch of other gringos to see Juanes - a big Columbian pop star. 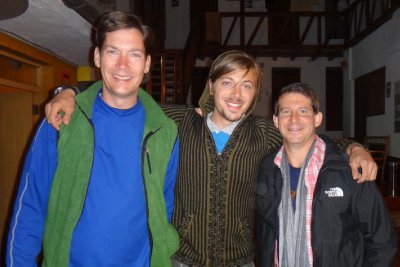 This was held at the Jardin de Cerveza - a big open place with a lawn and lots of cerveza for sale (your choice - Cusqueña or Pilsen). Tickets were S/25 (about $10) - not too bad to see three bands, including one of the more popular Latin American singers (here's one of Juanes' singles). Juanes put on a great show, and although I’ve been to a lot of concerts, this was a lot of fun to be in a different country. One thing I noticed, and I’m sure it’s not just a Peru thing, but there’s a sea of lit LCD screens as you look towards the stage - everyone is taking pictures or videos or letting thier friends at home listen over the phone. 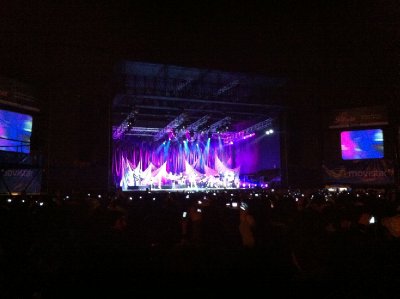 On Sunday, Noah and Mark took a hike up to Chacan (otherwise known as el balcón del diablo), where we got yelled at by a sheep, 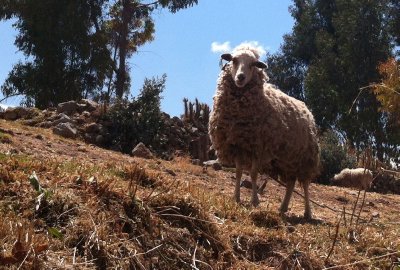 met Ricardo y Alfredo and their two dogs (who came along with us as "voluntario gias"), 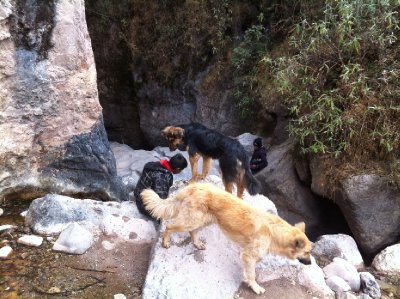 and explored a really cool cave/tunnel underneath the rock. 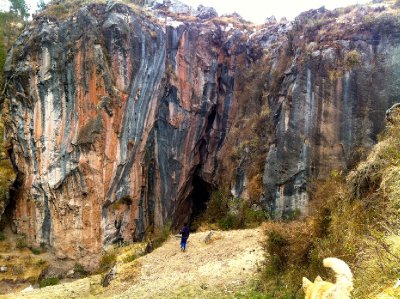 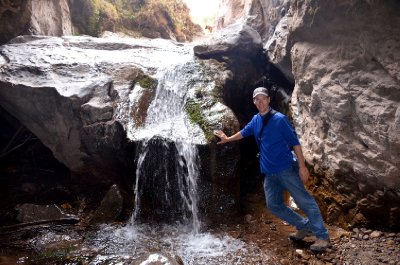 As we were hiking back down from Chacon, we caught the end of a huge traditional ceremony at Sacsayhuaman.

I was told the name of the festival, but have forgotten it. It was a game/combat themed ceremony - you can see the different colored teams in the picture. Apparently, earlier in the day there were games that involved fighting between the teams along ropes strung over large pits of fire. And yes, people fell in. We missed that part, but it would have been pretty amazing to see. We then stopped for a welcome cold beverage, 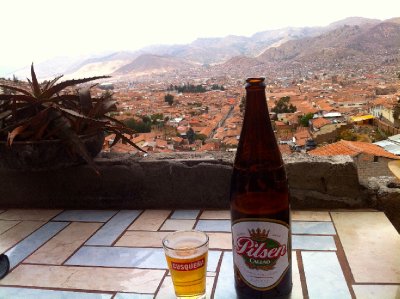 and then met up with Anne and the kids and our new friends Lainie and Miro at Sacsayhuaman with the AeroNirvana group for some great music in the sun.

On Monday, Melissa and Lisa arrived for a quick visit, and Anne was off to pick them up at the airport and whisk them to Pisaq in the Valle Sagrado (Pisaq is a lovely town, and the Sacred Valley is at a lower altitude than Cusco, which helped for acclimatization). 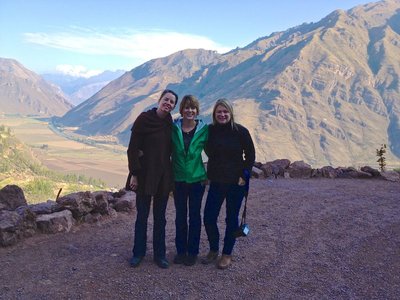 Anne, Melissa, and Lisa outside of Pisaq

They spent Monday exploring the market and getting settled into Peru, and then headed to Ollantaytambo and Aguas Calientes on Tuesday, followed by a wonderful day at Machu Picchu on Wednesday. Thursday was back to Cusco and sightseeing, then Friday it was girl time for Lisa’s birthday, and then they headed to the airport on Saturday afternoon. It was wonderful to see them, but we all wish they could have stayed longer. However, there were many great memories made, and a welcome chance for us to send back some clothes and gifts to Seattle. Anne will write up all the details and pictures of this fantastic visit.

While Anne was with Melissa and Anne, Noah and Alex and Leah spent some time volunteering with CORASON - click here for our photo-album on our FB page (and feel free to LIKE our page while you're there!)

Saturday we said goodbye to our friend Scott, who left Cusco after many months (Scott is second from the left in this picture). Scott is an ethnobotanist, and has taught us all a lot about the local plants of Cusco and Perú. 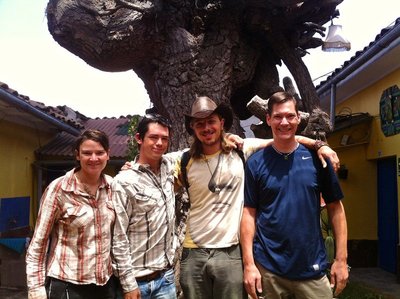 Sunday was a day to regroup, treat ourselves to breakfast at Jack's Cafe, 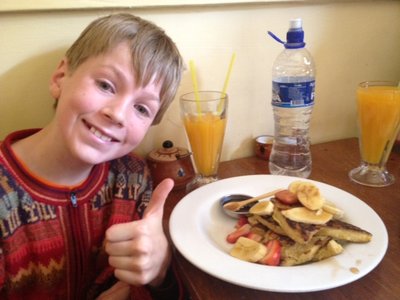 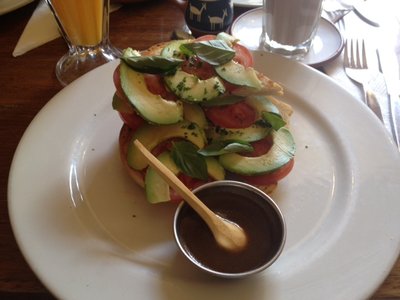 go to the mercado de San Pedro for food shopping (and Alex and Leah played the centimo toss game), 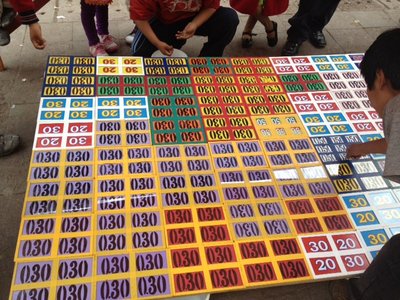 and relax a bit. Anne made a great batch of sopa de pollo with a ton of fresh ingredients from the market - yum! 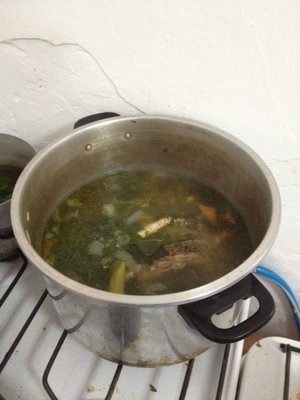 Monday will be a big day for Noah to prep for his trek to Choquequirao (Tuesday through Saturday) - it will be quite the adventure!

By next weekend, we’ll be in our last 2 weeks in Cusco, so we’ll be finalizing our travel plans to Puno and Arequipa, while making sure that we see, do, and eat everything in Cusco that we haven't experienced yet (e.g. have some cuy for dinner, visit the Cathedral, go see the ruins at Tipón, etc etc).

Previous Next Table of contents

Sounds like a wonderful week!!! I want to learn about the centimo toss game. Looks like fun!

Thanks Lainie -- I'm sure Alex and Leah will have a lot of fun showing Miro the game. Meeting you guys was certainly a highlight of this week!

Your trip is looking amazing. I have written your blog address down so I can follow you when I'm home in Olympia.

I am here in Chevy Chase visiting. One of my good friends,Kathleen Drew, is running for Secretary of State in Wa. She had a fundraiser in DC this morning that I helped with. So I am headed home to Oly this afternoon. We are hosting a fundraiser for our two county commissioners at our house tomorrow. No rest for the weary. Stay safe. Love and kisses, Char

Comments on this blog entry are now closed to non-Travellerspoint members. You can still leave a comment if you are a member of Travellerspoint.

If you aren't a member of Travellerspoint yet, you can join for free.